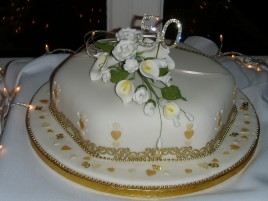 For as long as I can remember, I have always been fascinated in history, and my quest to discover my own Family History started in 1980.

Over the years, I have researched and traced my paternal lineage back 21 generations to 1444, utilising the vast collection of documents and records which are held and are readily available in the Lancashire Archives and other County Archives and local repositories.

One of my most colourful Ancestors was a staunch Royalist during the Civil War, fighting against Cromwell in 1648 & 1651.  He was an Officer in the trained band raised by Captain Richard Kirkby, being appointed a Captain himself on the 7th March, 1672 and a Major on the 17th June 1689.

On the 1st April 1675, the Parish of St Michael's burial register records:

'a pore man that dyed at Captain Longworth's House, was buried'.

Death could not quieten this man who had lived through stirring times, and the spirit of the 'Old Major' was said to of haunted St Michael's Hall until the combined power of both Priest and Parson joined forces and performed an excorcism, condemning his restless spirit to 'rest as long as the ivy is green and the river runs down from the hills'.

In his Will proved in 1691, he left the sum of £2 10s a year to be used for charitable purposes in the Parish.

Even from humble beginnings, you’ll be surprised what information you can discover about your ancestors, their lives and the communities in which they lived!

Past lives brought to life!

I have also researched the history of our home (formerly known as Wright's Farm), and although the current house is Victorian, my research to date has revealed that there has been a farm on this site since 1615.  Not surprisingly, the 1st tenant Farmer was a man called Henry Wright!﻿  Locating the original plans from 1896 has enabled us to establish the configuration of the property prior to alterations made in the 1960's.

As both of my grandmother's were of Irish descent, I also have a particular interest in Roman Catholic Research and Irish Immigrants.